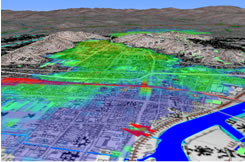 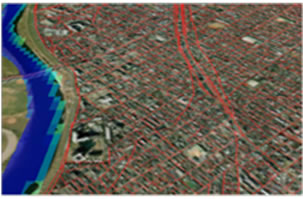 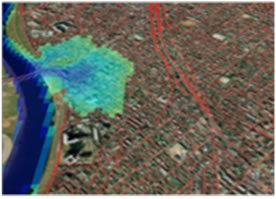 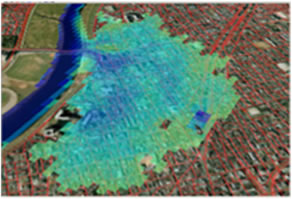 A comparison of flooded depth based on our built-in global topography data (NASA's SRTM3 ) with local one (Geospatial Information Authority of Japan's 50 m DEM) suggest the global data has adequate accuracy.
Condition: a flood caused by a levee breach in Tone River (largest river in Japan). 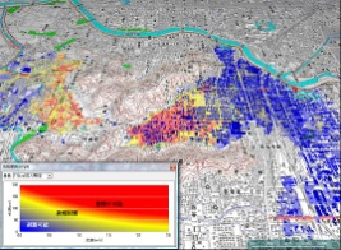 Risk of walking in the flooded water for evacuation is assessed based on inundation depth and velocity.

User can output a simulated result as Hazard map or video (AVI), which are suitable contents to distribute through the internet. 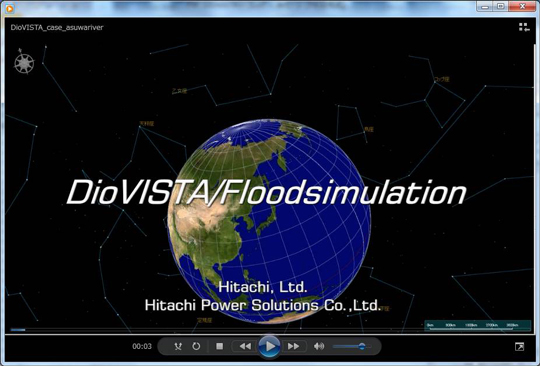